China’s recent crack-down on Bitcoin mining could have some unintended benefits for Bitcoin price action, according to analysts.

Charles Edwards, CEO of investment firm Capriole, expressed his views to his followers that the shut-down of Chinese miners was already lowering Bitcoin’s potential price floor.

With China’s closures causing quite a stir in the global mining operations, Bitcoin hash power will be redistributed away from China. Thereby sending Bitcoin’s electrical cost to keep the network running, dropping.

According to Edwards, the lowering of the “Bitcoin production cost” will initially open up the possibility of another price dip, however this has always been followed by bull runs in the past:

China mining fud is not healthy for Bitcoin.

It lowers the bitcoin electrical cost, the historic price floor for Bitcoin.

This is the price Bitcoin almost never goes below, and it’s been falling. pic.twitter.com/71kRJ7WbUj

When we look at historical performance, similarities to 2017 are evident. In that year, Bitcoin experienced two local peaks with a significant retracement in between. Consequently, the spot price dipped below the upper production cost boundary.

Bitcoin is not dependent on Chinese mining activities and a redistribution of hashing activity will naturally follow in its search for ever more efficient ways of expanding. Nonetheless we have been seeing a drop in hashing activity in the last 24 hour, with just one mining pool upping its output: 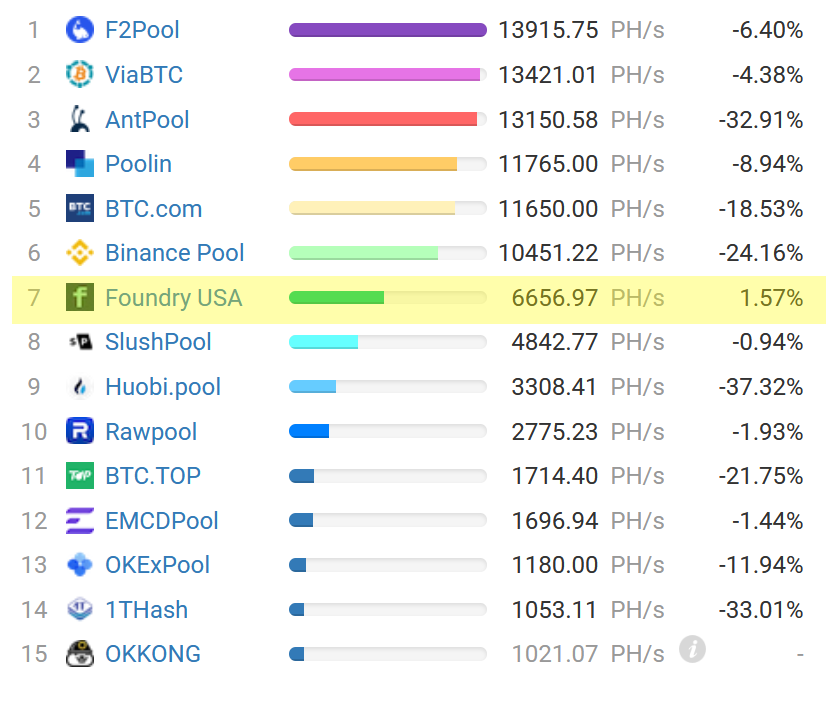 Bitcoin proponent and Chief Executive Officer of MicroStrategy has earlier called the latest development “a nuisance for Bitcoin”:

The Chinese crackdown on mining is a tragedy for China, a nuisance for #Bitcoin, and a windfall for North American Bitcoin miners. https://t.co/IaVUbqPCJ9

With China suddenly becoming an anti-Bitcoin mining state, the question on everyone’s mind will be “where will all these companies go to?”

Well considering ongoing developments, these mining operations are likely to move to those areas that have declared mining legal and profitable for their communities while also offering the possibility of green mining. Seemingly, Texas tops the list as it already boasts some of the lowest energy prices in the world, while becoming a leader in the field of renewable energy, with approximately 20 percent of the state’s electricity now coming from wind sources.

The post China’s anti Bitcoin mining stance is “not a bad thing” for the cryptocurrency appeared first on iGaming.